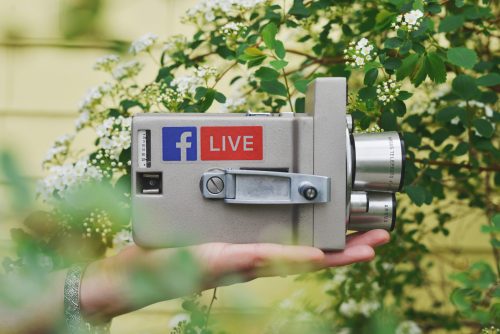 As a professional in real estate, growing your presence online is a huge tool in establishing consumer loyalty and building meaningful connections for all your professional endeavors. To be competitive in the online sphere, adopting new technologies and tools first is a great way to set yourself apart from competitors. One great tool that is still in a rather early stage of adoption is live stream.

When it comes to real estate, the live streaming possibilities are endless. Hire a friend to follow you around for an hour one morning and live stream an open house to help sell your home. Go on live and do a segment called “Most Asked Questions From First Time Home Owners”. If you want to establish yourself in a corner of the market for a particular neighborhood, stream yourself once a week trying out the locally owned restaurants and coffee shops. The authenticity of livestream will be what sets you apart from everyone else creating perfectly edited videos. The transparency will establish credibility between you and your audience. But most importantly, begin streaming now and establish yourself before the format is oversaturated in the years to come.

The past 10 years was a race to adopt and perfect the art of creating videos to share on platforms like YouTube and Facebook. The ones who adopted video creation early on and put out content consistently have amassed hundreds of thousands followers online because of it, some even millions. There was an intimate feel to being able to watch your favorite creators and brands in the do-it-yourself format of video. According to a survey conducted by digital media firm Defy Media on the media consumption habits of Generation Z and Millennials, YouTube came in an overwhelming first with 67% of respondents answering they could not live without the video platform. Only 36% of respondents said they could not live without television. This statistic is telling. Online video content creation skyrocketed during the last decade with audiences following suit and social media platforms taking notice.

YouTube’s overwhelming growth in the past ten years set the trend for video creation on all platforms. With competitors like Facebook, Twitter and LinkedIn wanting to be the go-to platform for their users, adoption of video features became inevitable.

To sum it all up, the past ten years marked the rise of online video. So what comes next? The answer is: live stream.

For anyone not familiar with live-streaming, it is where users create videos on the go, with viewers watching and interacting in the moment. There is no fluff time in between for shots to be edited, sliced and enhanced. It’s all real, all in the moment. The concept of “no room for mistakes” when it comes to posting live streams is terrifying for most. That’s normal. But it can also be an immensely powerful tool, connecting you to your audience on a deeper level than other formats allow. And those who begin live-streaming now on a regular basis will reap the benefits to come, much like the benefits reaped by those who began creating and posting videos to various platforms ten years ago. 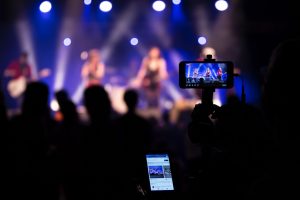 According to findings from Research and Markets, the live-streaming industry is predicted to reach $70.05 billion by 2021. The market is a gold mine and barely tapped into. The majority of creators and brands are still scrambling for crumbs attempting to establish themselves in the overly saturated video market on sites like YouTube. Not that brands and creators should no longer post videos, if anything keep posting. But unlike video, live stream is still in its early adoption phase.

This means if you begin now, you will have a greater chance at establishing yourself over your competitors as a live-streaming presence, with engagement on videos and other posts naturally trickling down.

Facebook now rewards users who utilize the live-streaming feature by notifying their friends and followers when a stream has begun and by pushing it to the top of the algorithm. This is habituating consumers to the live-stream format. Facebook even found that live-stream videos are watched 3 times longer than regular videos. The ability to watch a brand or creator in the moment and engage by asking questions or comments is not only instantly rewarding for both the creator and consumer but also establishes a personal relationship which then promotes consumer loyalty.

So how as a brand can you utilize live stream? Begin by testing it out on the platforms in which you have the largest and most engaging following. The first few tries may seem awkward, but like learning to ride a bike it takes time and consistency. If it seems as though you only received a few viewers the first few streams, that’s okay. Many YouTubers who began ten years ago probably didn’t get many views on their first few videos, but they stuck with it and now amass millions of viewers per video. Also, the live stream stays up permanently. Meaning that the view count will continue to rise even after the stream has ended.

The brands and creators that will be the most successful in five, ten years to come will be the ones who begin live-streaming now and establishing themselves before the masses join in.